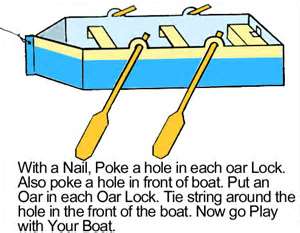 I was sick again for the past few days. Strep throat this time. My dearest pen pal extraordinaire Belle reminded me to be extra patient with my sad sick ol' self. And I wasn't. I was mad. World? Do you see that pissed off person? It's me. And I'm mad at you.

In one of life's little "the joke's on me" ever since I quit drinking I have been sick pretty much the entire time. Very funny universe. I mean WTF? Dear, sweet, noble me has decided to get it together and now I feel like shit all the time? Ahem. How DARE you?

Here's the thing: wasn't I sick and feeling cruddy all the time before? This should feel like normal, not like a slap in the face. I realized I'm carrying around all these secret resentments I thought would magically go away because I got sober. Could you move please? My unicorn can't get through.

I thought I was going to lose weight since I quit drinking. I thought my face would be glowing and blemish-less. I thought all my money problems would melt away. My marriage would be the stuff of songs. Life would be...better. Easier. I wouldn't have to deal with so much emotional junk. I would be a better mom. I would be able to concentrate. I would take up sewing and the guitar. I would have so much extra time since I wasn't dedicating it all to either being hungover or getting drunk. There would be space in my brain for new stuff since the broken record finally actually broke.

Part of the reason I drank was to get away from me and my "hard" life. Because I didn't like who I was, my life would never mold into what I thought it should be. I was never good enough just because I was me.

Take away the booze and guess what's left? Still me.

When you are never satisfied there is always another bend. You never ever feel content. There, finished, and easy are when you're dead.

There's a way to find the balance of seeking and satisfied. To let the old stories in your head go, for good. For real. To stop wishing for not impossible things, just the wrong things. To put all that wasted energy into things that actually work. To change not only that inner voice that shamed you daily for drinking, but to change the chorus behind it.

Lead singer: "You suck because you drink..."

Chorus: "And you're an unsuccessful fat ass too!"

Lead singer: "You rock because you're sober..."

Chorus: "And you made fresh lemonade too!"

Change the stories in your head that just aren't true. Change the lies you've been telling yourself. Be brave enough to see the truth. The real truth. Even if it makes you out to be a pretty decent sort. It's OK to be you, and be proud too. Right now.

I thought getting sober was going to 'fix' it all. Since that didn't work I'm pretty sure having a number six in the waistband of my jeans and more zeros at the end of my bank balance won't do it either. Looks like I'm just going to have to keep going around the bend. Again. And again. And again.