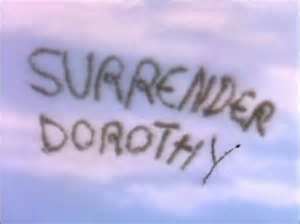 A blog friend recently had a relapse. That sounds so clinical, though, doesn't it? It sounds better to me to say a blog friend recently chose to drink after a little over a month sober. And we all get it. If you're reading this you probably have, at least once, told yourself that you were going to quit drinking. And then you probably drank again. I have promised myself to stay sober and then drank myself silly. Again, and again, and again. Until that last time.

I can't make guarantees that you will deep down believe since you haven't known me long. And some days I don't believe that I will never, ever, EVER??? drink again. I haven't known me long either. But in my heart I know. I know I can't. I know I just plain flat out don't want to. I don't want to. At the end of a hard day, or a sunny day, or a day that I'm alive there is just not a reason for me to drink. Period. I don't crave it, I don't want it. I don't miss it.

I'm reading this great, great great book by Augusten Burroughs called This is How. He talks about a lot of different things. I'm on this part now about drinking and he says basically this: It is not hard to quit drinking. You just don't drink. You decide that sobriety is more important than being drunk. Period. And if you drink then you've decided that being drunk is more important than sobriety. And that the past is the past. It doesn't make you who you are today. I think I drank for as long as I did because I believed that was who I was: Amy who drinks and wishes she could quit. That was the core of my identity. It was all I thought about. Either drinking, or quitting. Every day. Over and over and over. Years and years. And fucking years. It was my second job, all that thinking about drinking.

Surrender means you give up. Here though: have another perspective. Instead of surrendering to booze, or surrendering to the idea that you are powerless (NEVER, ever, ever are you powerless over booze. EVER.) Surrender to sobriety. Surrender yourself to strength. Don't surrender to a higher power- be a higher power. And no, I don't mean start calling yourself God. But I do mean create a universe. I do mean create days and nights. And light. I do mean make a life. And on some days rest.

I'm gonna tell you this: If you will not or don't want to surrender you will find a reason to drink again. You will find an excuse. You will reason it out in your head all the whys why it's OK this one time. And you'll get drunk and you'll be sad about it later. Or even while you're doing it. You'll pull out the powerless card and throw it on the table alongside your glass of booze and cry inside "But I need it!!! I can't live without it!!! Why can't I have it?" Surrender. Because you can't. You just fucking can't. Give it up. Out of all the glorious things in life there is only one thing you cannot have: alcohol. Drop that shit like a bad habit. Cede from the land of booze. Abandon that baby. And don't look back.

Email ThisBlogThis!Share to TwitterShare to FacebookShare to Pinterest
Labels: alcohol, alcoholic, anything is possible, commitment, surrender